Posted about 4 weeks ago | Comments Off on Desmond Tutu, a legacy!

Desmond Mpilo Tutu was born on October 7, 1931, in Klerksdorp, northwest South Africa. When writing this paper he had just passed away a few hours earlier, on December 26, 2021. Tutu was a South African Anglican bishop and theologian, well-known for his anti-apartheid and human rights efforts. From 1985 to 1986, he served as Bishop of Johannesburg, and from 1986 to 1996, he served as Archbishop of Cape Town, both times as the first black African to hold the position (1). In terms of theology, he aimed to combine notions from black and African theology. In 1984, Desmond Tutu was awarded the Nobel Peace Prize for his opposition to South Africa’s horrific authoritarian rule. The Nobel Committee praised Tutu for his forthright ideas and bold approach, qualities that had made him a rallying model for all the African independence movements (2). When the country’s conflict escalated, Tutu was requested to speak at several funerals, and during his preachings, he continued to underline a message of nonviolence, which he was chastised for by others, who argued that his modesty was an impediment to emancipation (3). Tutu kept focused despite the turmoil. He organized protests, backed the National Initiative for Reconciliation’s demand for a statewide strike to participate in a day of prayer, and proposed an anti-apartheid strike. He spoke at the United Nations General Assembly in New York and met with Margaret Thatcher, the British Prime Minister, to advocate for more economic penalties against South Africa (Ibid). Tutu, proud of his black African background and culture, was a proponent of radical social transformation and nonviolence. He was a devout Christian who was equally at ease with people of different faiths and no faith. His ability to reconcile contrasts and his unwavering faith in humanity’s ability to change influenced his country, church, and the rest of the globe (4). What impact did Desmond Tutu have on South African politics? This article will demonstrate Tutu’s contribution to the anti-apartheid movement. The paper will then show Tutu’s influence on Catholicism in South Africa. Finally, the paper will discuss Tutu’s contributions to the advancement of his country on the world scene.

Apartheid was a legal system in South Africa that enforced segregationist practices against non-white inhabitants from May 26, 1948, to May 9, 1994. When the National Party came to power in South Africa in 1948, its all-white government started implementing existing racial discrimination regulations right away (5). Non-white South Africans, who make up the bulk of the population, were forced to reside in separate regions from whites and use segregated public facilities under apartheid.

Tutu is a well-known civil rights activist in South Africa, having won the Nobel Peace Prize in 1984 for his efforts to resolve and overcome apartheid. He was recognized as the “voice” of voiceless black South Africans through his speeches and writings as an outspoken opponent of apartheid (6). Tutu advocated for an economic boycott of his country as the students’ revolt in Soweto devolved into rioting while promoting reconciliation between apartheid’s many groups (Ibid).

As South Africa transitioned from apartheid to a constitutional republic, healing was promoted as a means of expressing oneself in both space and time (7). This quasi-institutional group, headed by Archbishop Desmond Tutu, a person who espoused reconciliation long before there was a realistic hope of abolishing apartheid, was tasked with assisting South Africa in healing the scars of apartheid (Ibid). In the Christian resistance to apartheid, reconciliation became extremely important. Desmond Tutu, who was at the forefront of religious and social opposition to apartheid, was instrumental in this advancement. Tutu’s advocacy of rapprochement drew on traditional Anglican teaching and ubuntu theology, making him a figure of prominence and controversy.

The word Bantu, which “identifies a similar language relationship connecting African speakers,” is ubuntu, which means “humanity.” In his public writings and sermons, Tutu emphasized the importance of mutuality: “We say that a human being is a human being because he belongs to a community, and harmony is the essence of that community.” Ubuntu genuinely expects you to give because resentment, hatred, and a desire for vengeance sabotage harmony. Tutu was known for holding ecumenical services at St. George’s Cathedral in Cape Town, a city with a diverse Christian population as well as numerous Muslims and Jews (8). Religious leaders inspire their followers to take extreme measures in multiple situations. On the other hand, Tutu always used his moral authority to put out a fire and quiet a raging crowd (Ibid).

Tutu was a huge asset to the cause of peace. The White administration could try to discredit him because he was such an international figure and a recipient of the Nobel Peace Prize in 1984, but it couldn’t quiet him (bid). He provided a guiding hand to the anti-apartheid organization at a time when it was mainly directionless and in danger of being taken over by enraged young men rather than the more tempered elder statesmen exemplified by Mandela and Tutu. Tutu stepped aside when Mandela and his other ANC leaders were released from prison in 1990, precisely as he had promised, but he remained a powerful moral voice.

Through his leadership in the Episcopal Church, Tutu influenced South African politics. In 1980, Tutu gathered a group of church leaders and wrote to Prime Minister PW Botha, imploring him to abolish apartheid as “general secretary of the South African Council of Churches” (9). Even if nothing came out of the meeting, it was a watershed moment in history since it was the first time a black leader met a senior white government official (Ibid).

Tutu was the first person of color to be elected as Bishop of Cape Town and head of the Anglican Church in South Africa in 1986 (Ibid). He mediated tensions between black demonstrators and government security personnel with the help of other church leaders (Ibid.).

Segregation laws and racist limitations were eliminated in 1991, and power-sharing talks between the state and 16 anti-apartheid organizations started. Desmond Tutu never wavered from his ideals, working for “tolerance, equality, and justice at home and abroad” since resigning as a schoolteacher in 1958 rather than obey the racist, repressive apartheid state’s instructions (10). That earned him admiration, power, and an ethical clout that few others in Africa or elsewhere can match (Ibid). Tutu had a crucial role in informing the rest of the world about the complaints of South Africa’s oppressed majority people, having been deeply invested in the independence struggle since the late 1970s. how does Tutu measure on the international stage,?

Archbishop Tutu was well known worldwide for his pivotal involvement in the anti-apartheid movement in South Africa. The Nobel Peace Prize was given to him in 1984 for his contribution to world peace (11). Tutu was the most visible African, if not the world’s, religious leader who supported homosexual and gay rights (Ibid). This bolstered his international reputation as a progressive thinker and campaigner, particularly in Western countries. Tutu’s sexuality advocacy may appear to be a new occurrence to distant spectators. It could be another example of how he strived to be “the darling of white liberal audiences in the Western world,” according to his opponents (Ibid).

“Archbishop Tutu was a towering global figure for peace and an inspiration to generations across the world. During the darkest days of apartheid, he was a shining beacon for social justice, freedom, and non-violent resistance. Although Archbishop Tutu’s passing leaves a huge void on the global stage and in our hearts, we will be forever inspired by his example to continue the fight for a better world for all,” reports U.N. Secretary-General António Guterres (12).

As I conclude, South African President Cyril Ramaphosa describes Tutu as “a man of extraordinary intellect, integrity, and invincibility against the forces of apartheid; he was also tender and vulnerable in his compassion for those who had suffered oppression, injustice, and violence under apartheid, as well as oppressed and downtrodden people around the world”(13). As Tutu observed himself, “Perhaps oppression dehumanizes the oppressor as much as, if not more than, the oppressed. They need each other to become truly free, to become human” (14). Tutu was a humanist. 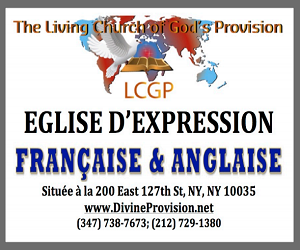 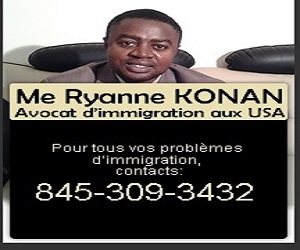